David controls all aspects of Airwave’s strategic direction and is CEO and founder of Airwave’s parent company, the SCCI Group. 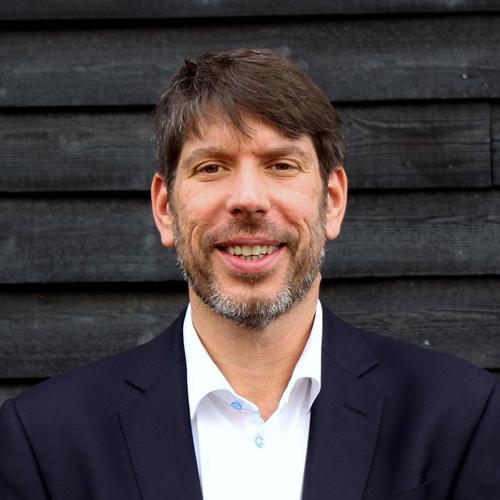 After a brief stint in the advertising industry, David worked at the family electrical retail business and in 1994, purchased one of the family shops – this led to the launch of Spectrum Selsdon Ltd (now Love Digital TV) in 2002. Spectrum’s business grew from 2 to 80 employees and became one of the UK’s largest Sky TV agents, installing satellite systems into residential properties and multi-dwelling units.

In 2007 David became CEO of SCCI Group, borne from the merger of Spectrum Selsdon and SCCI International (now SCCI Alphatrack), managing all companies within the group. Other SCCI companies include outside satellite broadcaster Links Broadcast and finance company Switchsure.

Having collaborated with Airwave on a number of high-profile projects, David knew the company well and his vision of a systems integrator superpower was realised with the acquisition of Airwave and previous Airwave subsidiary Techlive International, in December 2017.

David is known for his love of mountains. He likes climbing them, skiing down them and looking fondly at them.  He’s a big fan of Chamonix, the Austrian Alps and spent nine days climbing Kilimanjaro on a diet of rice and beans.

Domestically, he likes to treat his employees to gruelling, arduous walks through the UK’s countryside and of course, up mountains – Scafell Pike, Snowdon and Ben Nevis have all been conquered (in one day) by intrepid SCCI adventurers.

When not up a mountain, David is typically found at the side of a rugby pitch supporting his sons; he’s even known by fellow parents as “Florence Nightingale” due to his skills with an antiseptic wipe.

David’s other passions include the Internet of things, convergence, the shift from a digital to a connected world and leading sustained growth of the SCCI Group whilst driving and influencing the technologies involved.